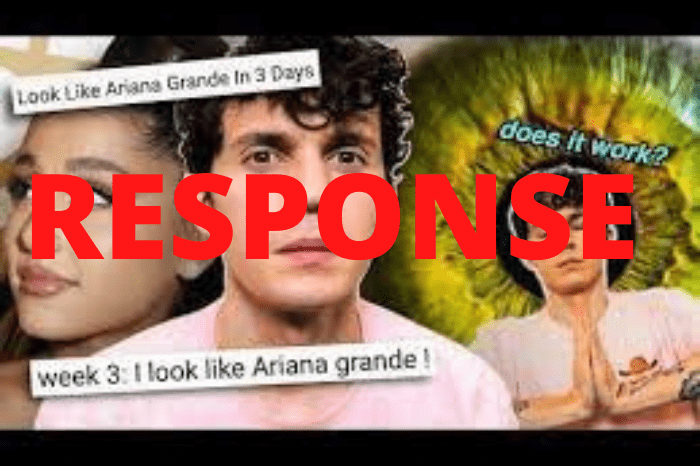 BWE MP3 Subliminals have affirmations that are geared toward attracting abundance in your life over time. Words create emotions and emotions create action. The subliminals on our channel help people feel differently about generating money and taking action in one's life for improvement. All subliminal channels are not the same, however, Kurtis is targeting subliminal channels that promise to change physical attributes and we have been warning people about those subliminal channels for a long time.

So I commend Kurtis for taking a step in the right direction and we hope that people understand the power of word patterns and beliefs can change your daily reality. You don't need a case study to prove that words affect human behavior and words affect people and their emotions. Just think about how we feel when someone insults us.

If words didn't matter to the human psyche why does anybody react to words, compliments, insults, commands, and so on? Words are the direct programming into the human brain they create feelings (emotions), imagery as well. If I say the word "bite into a lemon"  most people's mouths begin to water. This is taught in business communication courses. After watching this video by Curtis I see why everyone is doubting subliminals because of all the bad seeds on YouTube.

I implore that people remember that subliminals were only intended to be personal in the areas of money, health (athletic performance) focus, intelligence and social relationships. This video is why YouTube has squandered the search results of subliminal channels like ours because of this type of narrative.

Using a subliminal is taking power in your own hands and reprogramming your subconscious with word patterns that are repetitive and that eventually sink into the subconscious creating change in your life. Just like your favorite song programs you when you listen to it over and over and it creates an emotion inside of you to either dance, cry, shout or rage. The only thing that song may not do is have a word pattern that encourages change in your life or creates a stage of expectations via affirmations that begin to manifest in real life.

So that's one mistake you made. You took all this time to create a video to attack other creators on YouTube. Most of these sub makers that create these physical attributes change subliminals are teenagers who deeply believe in the power of belief and how anything is possible using the subconscious mind. This is an extremely cruel hit piece on the subliminal community.

You are not a sub maker, who gave you the right to attack us. It’s like a person never ever skating on a skateboard and uploads a video attacking the skateboarding community. This is known as being a culture vulture. I don't think you're qualified enough to delve into those subjects unless you really spend years studying the subconscious mind, consciousness, and quantum physics. There are many modalities that someone can use to bring about change in their life and subliminals are one of them.

If you want to push and promote physical changes then you must use the proportion of time and your description and instructions and only weight loss and athletic performance should be in your catalog. All the subliminals that promise that a bone structure can change on a face or in a skeleton or a dominant brown-eyed Gene can be transformed into a recessive blue eye Gene is ridiculous and totally false and it is injuring the subliminal community. Now here’s the caveat, if physical attributes change subliminal makers publish their subs as art then that would be different but if you are promising people that they are going to get green eyes in 10 minutes or any span of time as factual herein lies the falsehood. Just add a disclaimer that it is art and entertainment and it shouldn’t be taken literally or seriously.

But when it comes to wealth and money subliminals you can see automatically that this kind of motivation and encouragement and word patterns have a tremendous impact on many people's lives. For example take Jay-Z's music how many people will tell you that they got into business and so motivated by listening to Jay-Z's music even though in his music he's obviously talking about selling drugs and hustling to make ends meet and to prosper in the American economy and his life lessons of how he was able to transform from a neighborhood drug dealer to one of the biggest and richest musicians in the world by applying some of the principles that he learned in the street. Just listening to his music one can get the inspiration to go out there and chase some serious money.

This is why we are always creating money subliminals and wealth subliminals because we already know that there are people that feel inspired and motivated to go out and create opportunities for themselves and to keep pushing themselves towards greatness. Some of our more esoteric subliminals involve healing and mystical knowledge.

However, we have a predominantly wealth and money catalog of subliminals and we want people like Kurtis to understand you have to do a lot of research and studying before you publish a video like this and you need to understand the subliminal community is bigger than you.

You are one guy criticizing hundreds of people, perhaps thousands of people, and the millions of fans and supporters of all these subliminal channels. I find it deeply arrogant and ignorant to try to mock an entire community just to get your views and to enforce the already steep bias that we have to encounter on YouTube. It's all personal choice whether someone wants to listen to a subliminal or not.

No one is forcing a subliminal down someone's throat but we do deserve to be in the recommended videos and to be considered to be part of a personal development algorithm just as much as yoga, karma, meditation, and all the more popular subgenres of personal development.

I am Triple A. Tanzanite the leader of the subliminal community and I do expect respect from anyone who wants to debate this. You can do so but you are going to lose because here is the proof, all humans are programmed by words period. Subliminals are using words to program someone's subconscious mind and the reason it works is that it works it is the only modality that provides empirical results. Our job as subliminal makers is to get the words into your subconscious mind.

Our job is not to create an exactly identical result because everybody is different; there is no homogeneous pathway to results. So that is the promise, that a subliminal will get the word patterns into your subconscious mind, and then it is on the individual to inspire themselves to move towards the direction of their result.

This is why it is sinful and almost totally disgusting that people are promising that someone can go from brown eyes to blue eyes. The only way a subliminal like that can work is if someone writes the affirmation script so that the result is that the person goes to a licensed optometrist to get colored contact lenses.

In the event that someone creates a subliminal that promises to make one taller then the only result should be that the person eventually goes and buys heel lifts for their shoes. In the event that somebody wants to lose weight, the subliminal should only have affirmations and word patterns that encourage someone to totally change their eating habits and their exercise habits.

This is how subliminals should work. When it comes to money attraction and generating wealth or subliminal should encourage someone to have a wealth-centric mindset, to take action whether it's an e-commerce store or creating their art to sell online or to look for a different career or some type of business activity that must create action on some level in order to attract money and that's what the affirmations should contain.

So yes we emerge from the smoke and mirrors by anyone who wants to kick us down. I implore all you outsiders to stop and think, if we are a joke why would someone with millions of views and millions of subscribers have a whole video about the teeny-tiny subliminal community, why if we are such a joke would someone even give us the time and day. Why not go after the meditation community, the Yoga community, the isochronic and binaural beat community? You need to thank all the subliminal makers that are so lame for the 3 million plus views they gave you, obviously subliminals are the hottest things on YouTube. Kurtis Conner, The jokes on you!

About the author
Triple A Tanzanite

The Writer - Triple A Tanzanite is the author of the world's most effective subliminal scripts. He lives in Gravesend, New York and is an adept of mysticism, hypnosis, NLP, self-development, and Hermetic science.

He has transformed countless lives and positively impacted the subliminal community with his innovative and effective approach to subliminals. He continues to write subliminals for the Brainwave Entrainment MP3 members-only club and private clients. His two releases, Attract Money Now and Forever and Attract A Life Of Luxury were released in 2020 worldwide.

The Writer also known as Triple A Tanzanite is passionate about the belief that anyone can reprogram their conscious and unconscious mind with new beliefs that create new thinking patterns that lead to new positive behaviors.